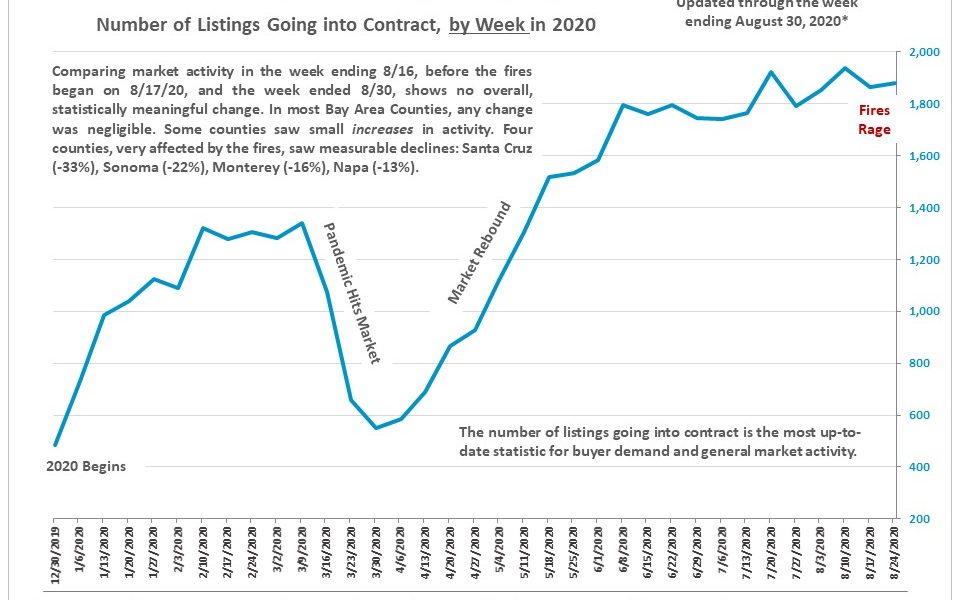 Very surprisingly, the terrible fires did not significantly impact the number of deals being made in most Bay Area counties during the last 2 weeks of August – the exceptions being Santa Cruz, Sonoma, Monterey and Napa Counties, which saw declines of 13% to 33%. Marin’s numbers didn’t really change at all in the second half of the month. (This chart looks at week by week activity in the Bay Area.) 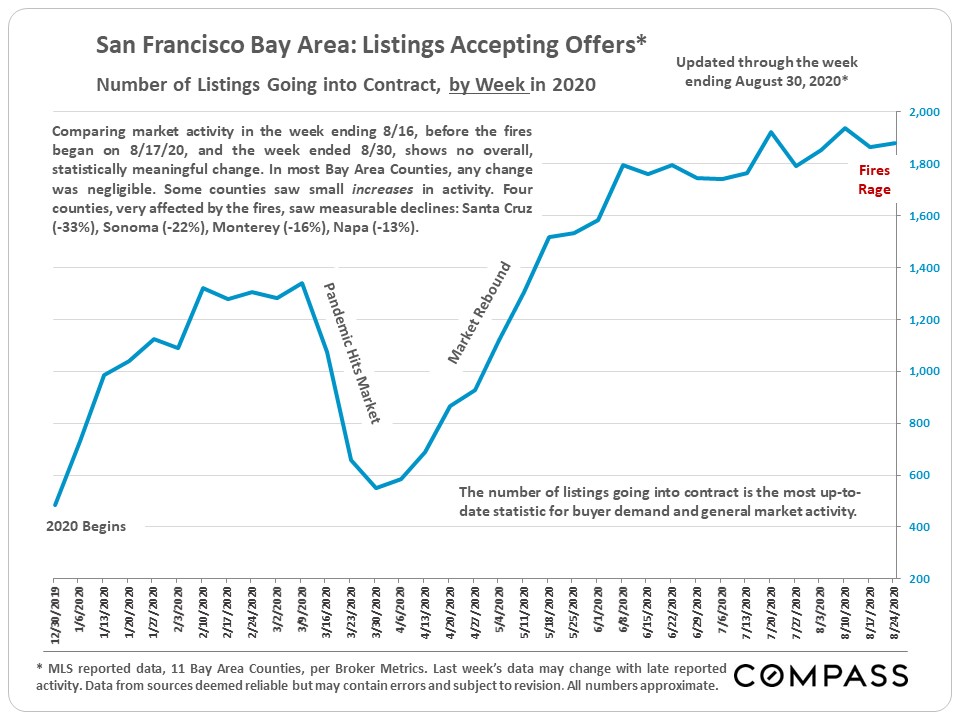 Year-to-date, house sales and median house sales prices by city: As can be seen, Novato and San Rafael dominate in terms of sales volume. 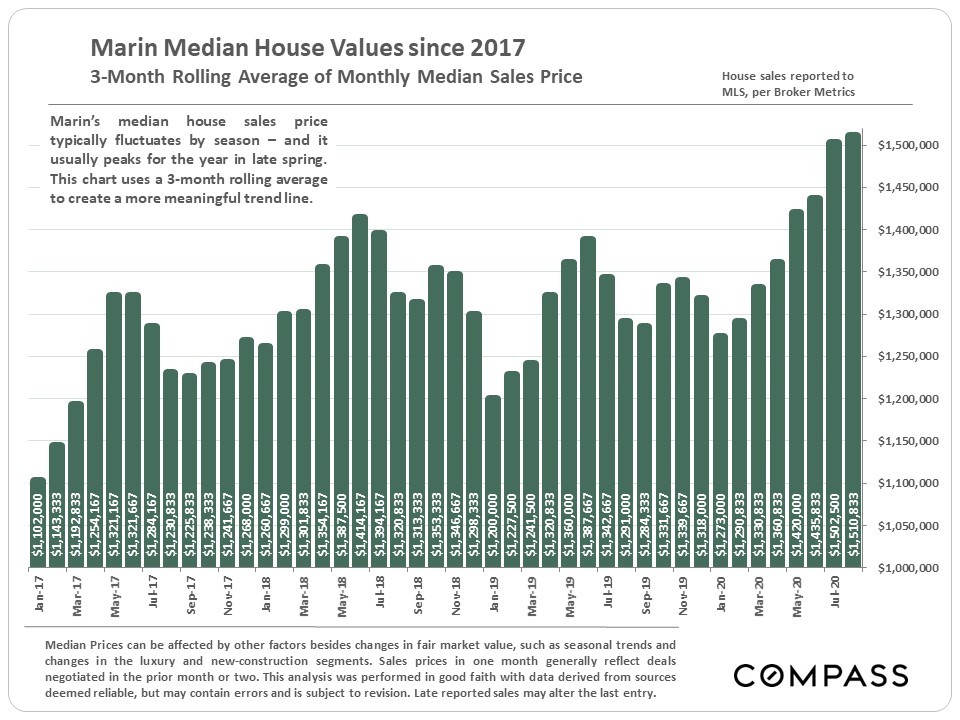 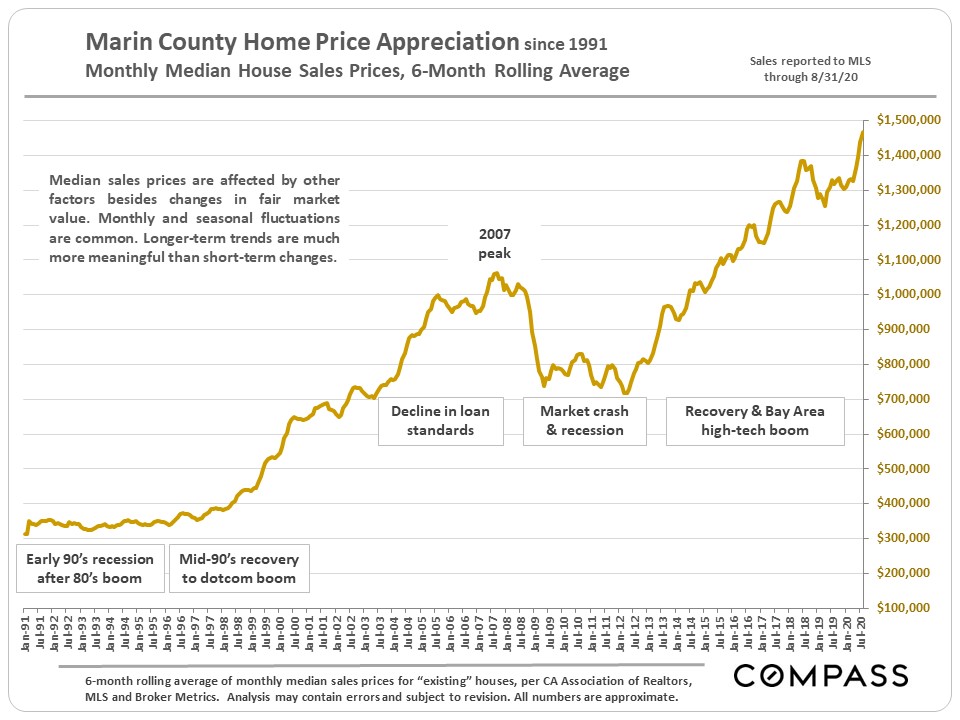 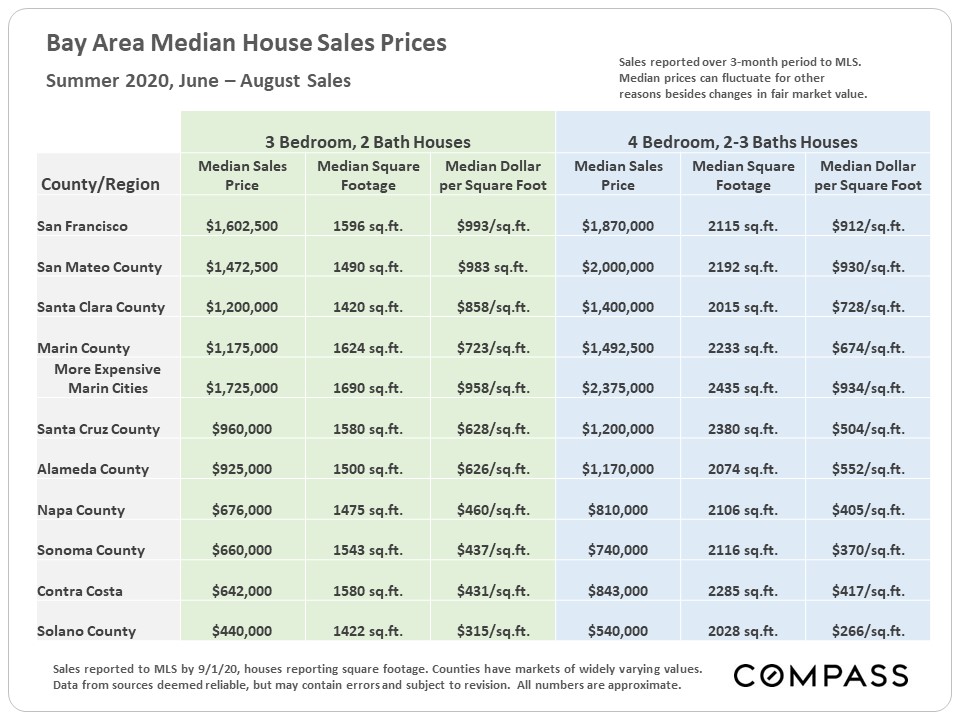 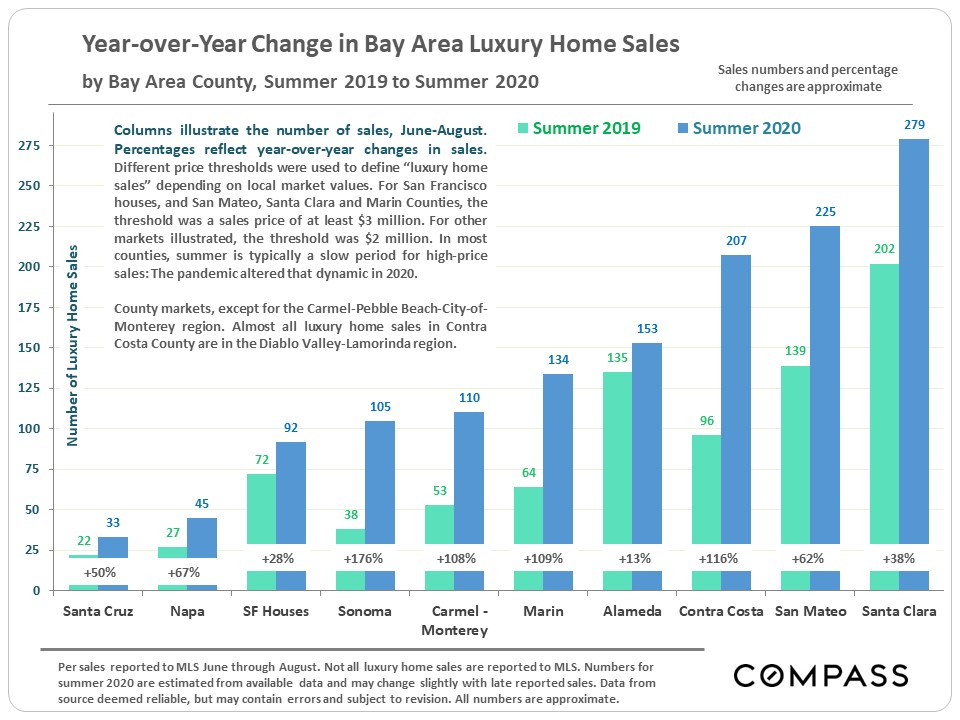 A snapshot measure of how many listings were typically active on any given day of the specified month: Marin’s inventory of listings is running quite low, putting additional pressure on the market. 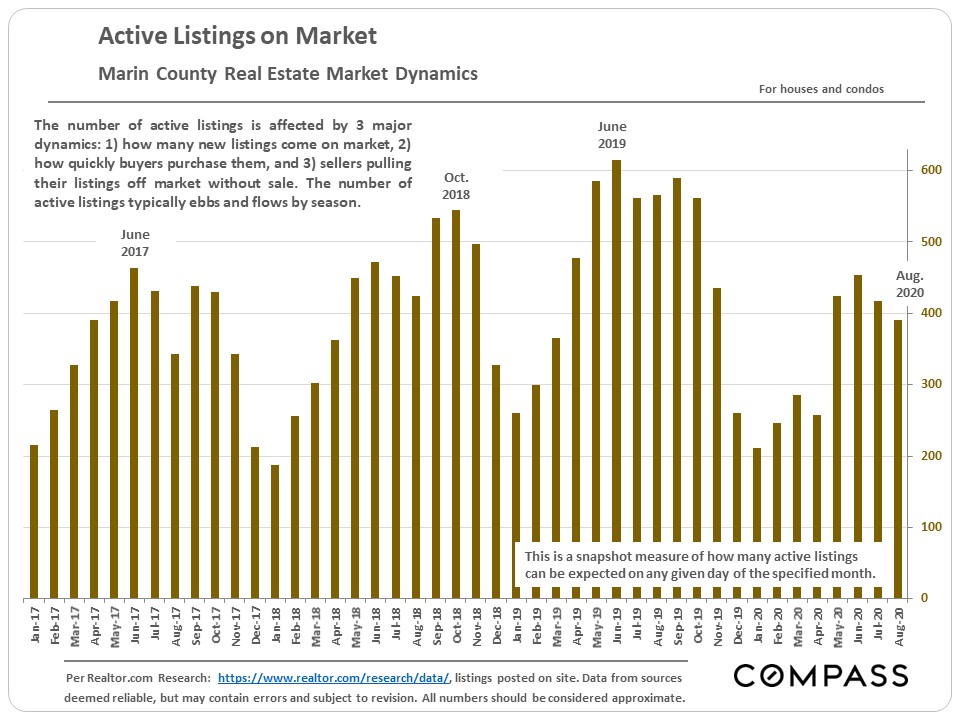 Active house listings and median house listing price by city as of September 7th. These numbers change daily, as new listings come on market and existing listings go into contract.

Active listings on the market in late August by price segment and property type. These numbers change daily. 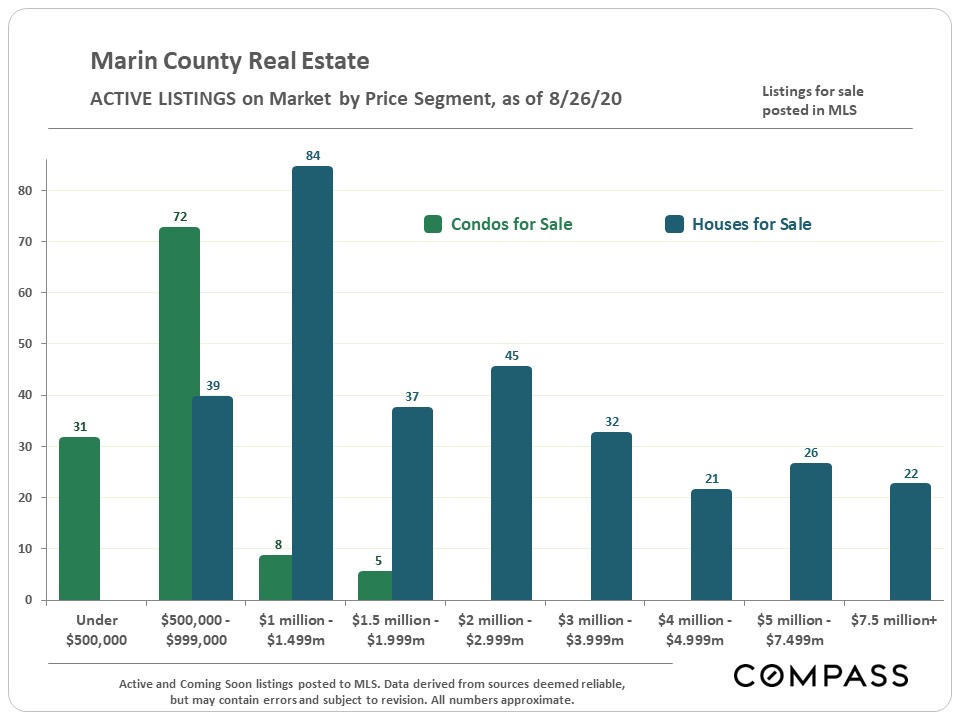 Year-over-year market indicators: New listings are up 35% vs. the number of listings going into contract up 65%. Buyers are snapping up listings faster than sellers are putting their homes on the market. 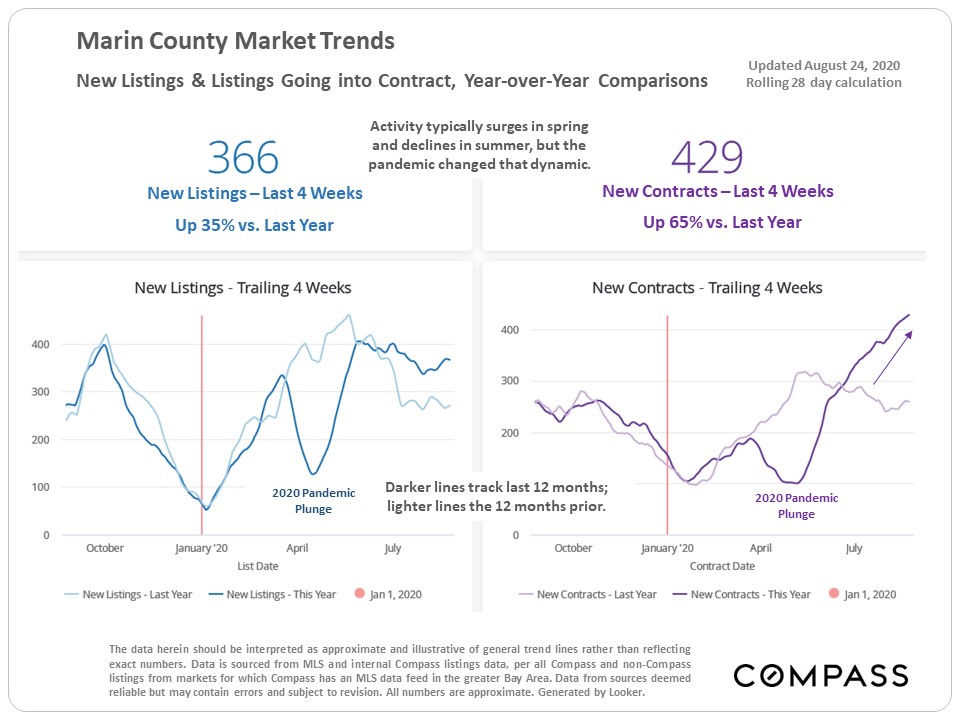 The lower the Months Supply of Inventory (MSI), the stronger the demand as compared to the supply of listings. Most of the Marin market remains very deep in “seller’s market” territory by this measure. 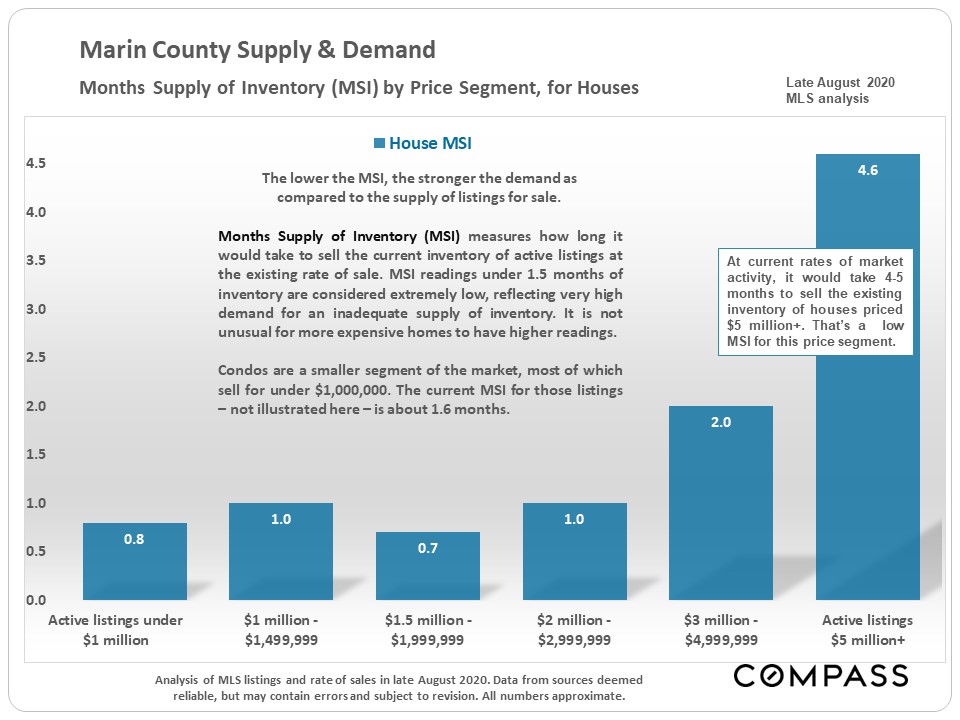