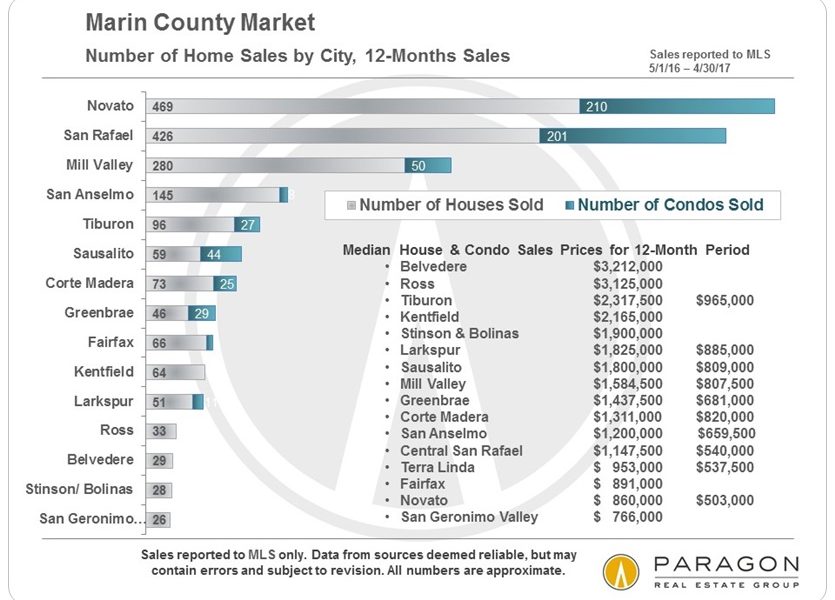 By quantity, home sales in Marin are dominated by Novato, San Rafael and Mill Valley, while the highest median sales prices are typically found in smaller towns. Median sales price is that price at which half the sales sold for more and half for less. It can be and often is affected by factors besides changes in fair market value, especially in very expensive communities with relatively low numbers of sales at a very wide range of individual sales prices. 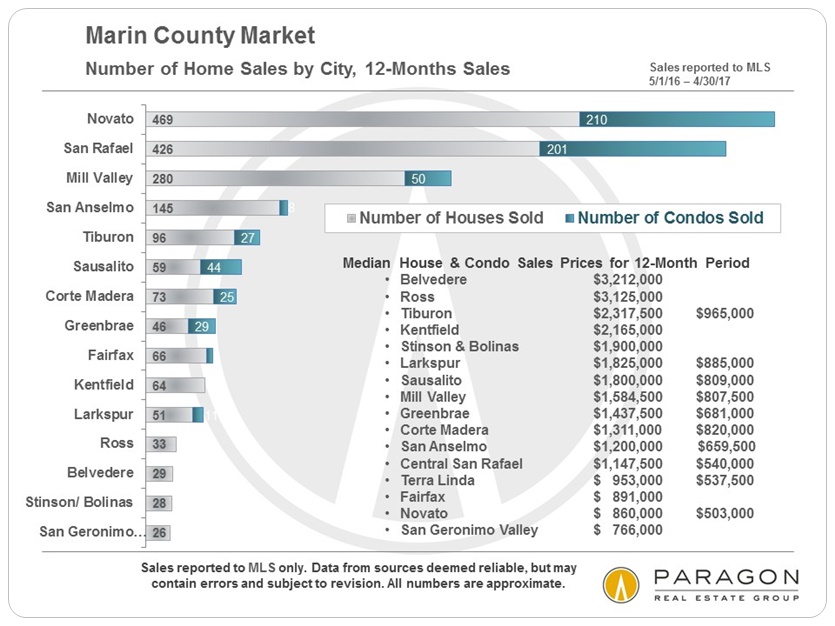 Monthly median prices are most prone to less meaningful fluctuations,
but, for what it is worth, Marin median house prices hit a new high in April. 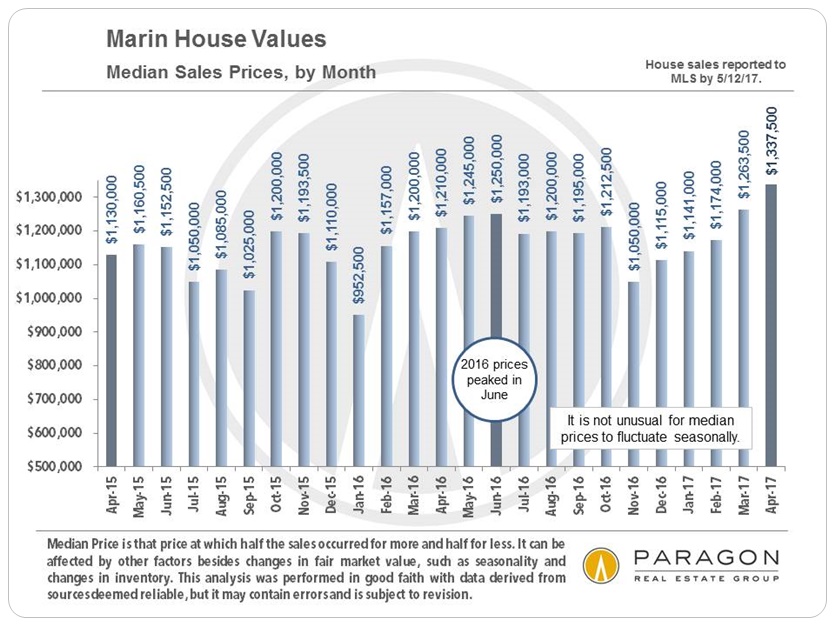 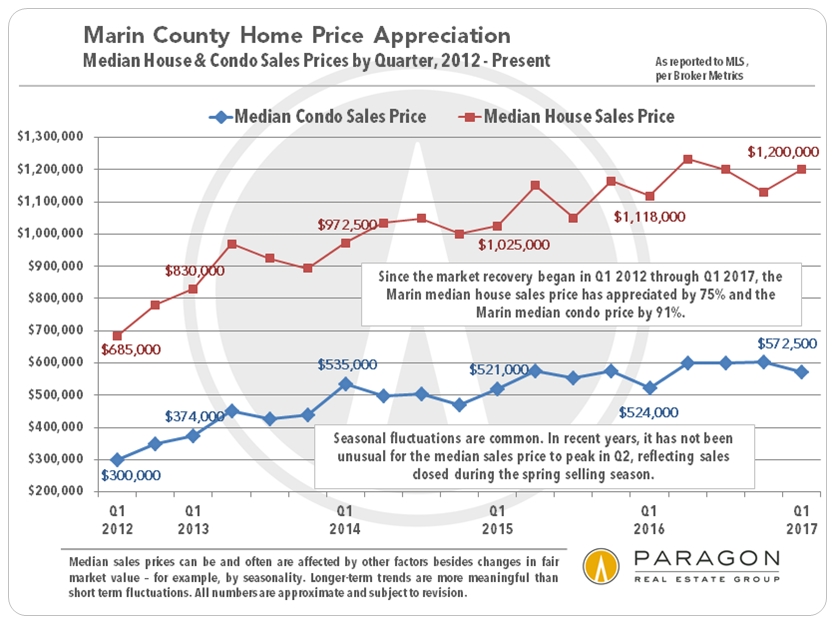 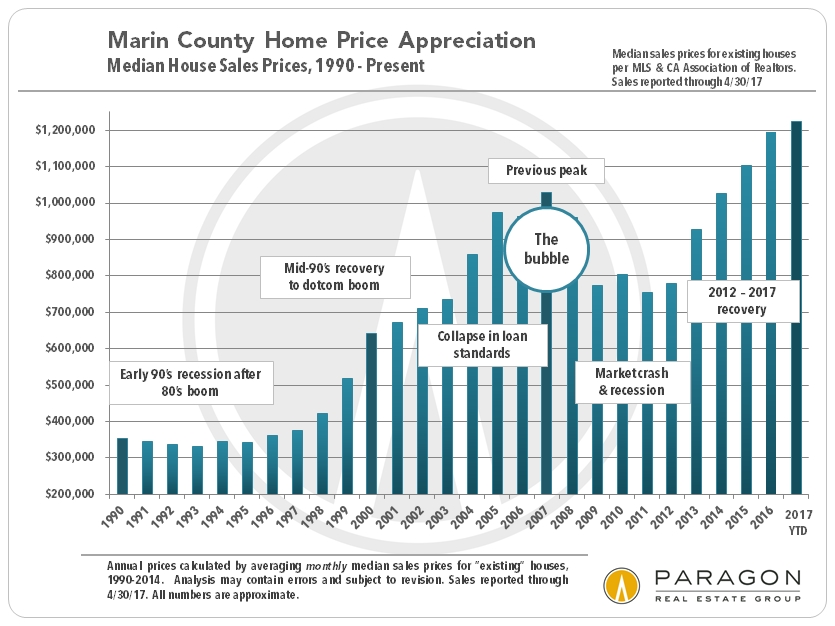 We last did these analyses 7 months ago, but Corte Madera remains the hottest market in Marin by a variety of standard real estate statistics, of which 3 are below. Apparently, it is hitting the sweet spot between relative affordability when compared to surrounding communities and ease of commute, as well as being a lovely place to live. 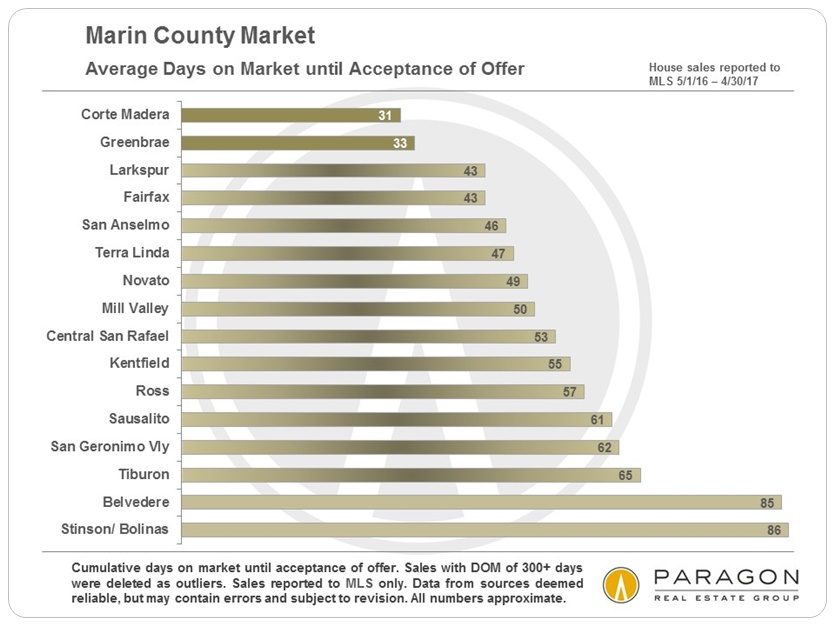 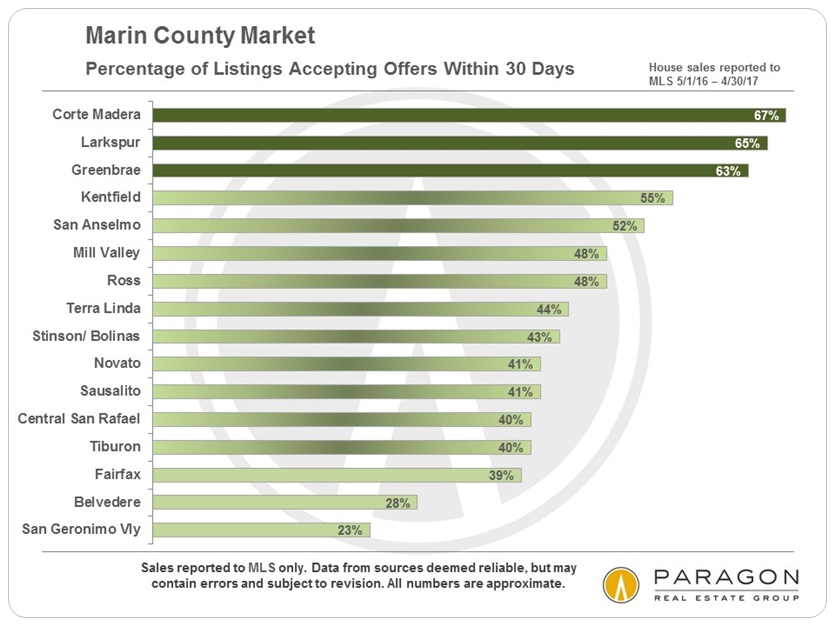 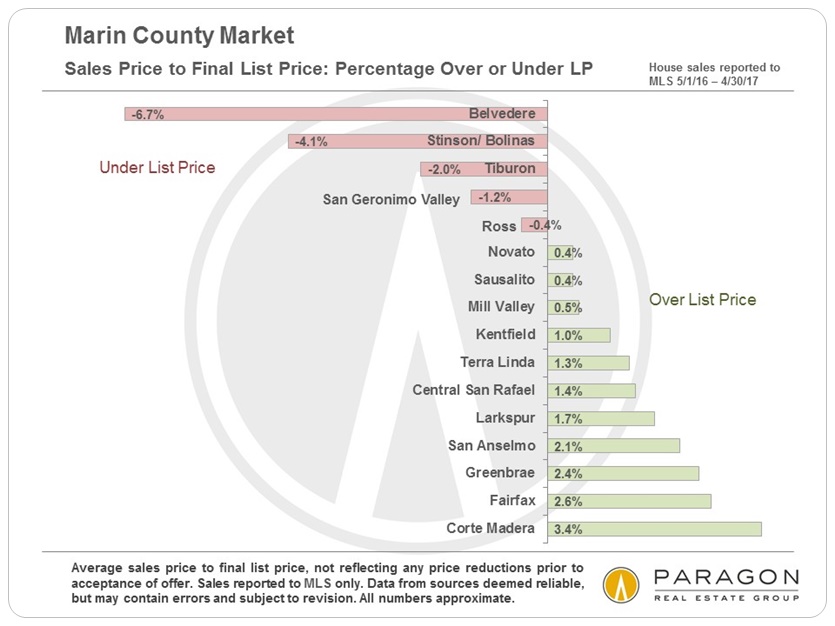 As occurring around the Bay Area, the markets for more affordable homes (as defined within each county) are usually the hottest segments: In Marin, houses under $1,500,000 and condos under $1,000,000. Note that in these analyses, condos over $1,000,000 constitute a very small, very expensive segment by county condo price standards.

This does not mean that appealing, more expensive homes that show well and are priced correctly are not selling quickly in Marin: They often sell very quickly indeed. However, generally speaking, it is true that the most expensive home segment is most prone to overpricing, and its homes have to appeal to a relatively small group of very affluent buyers. 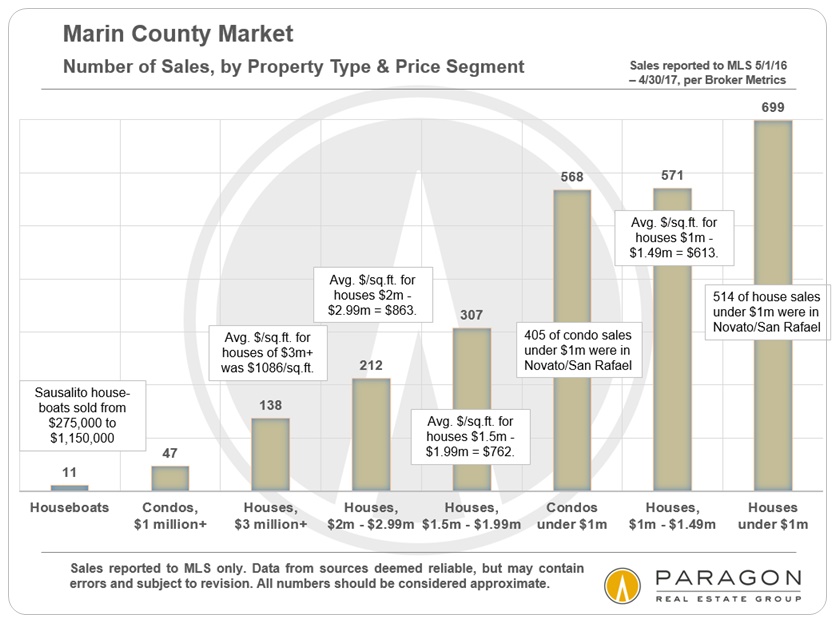 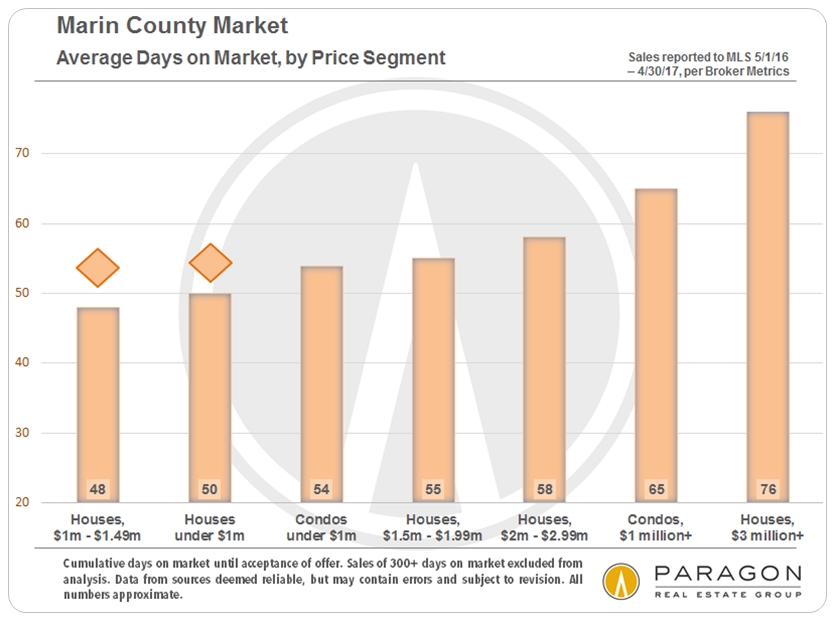 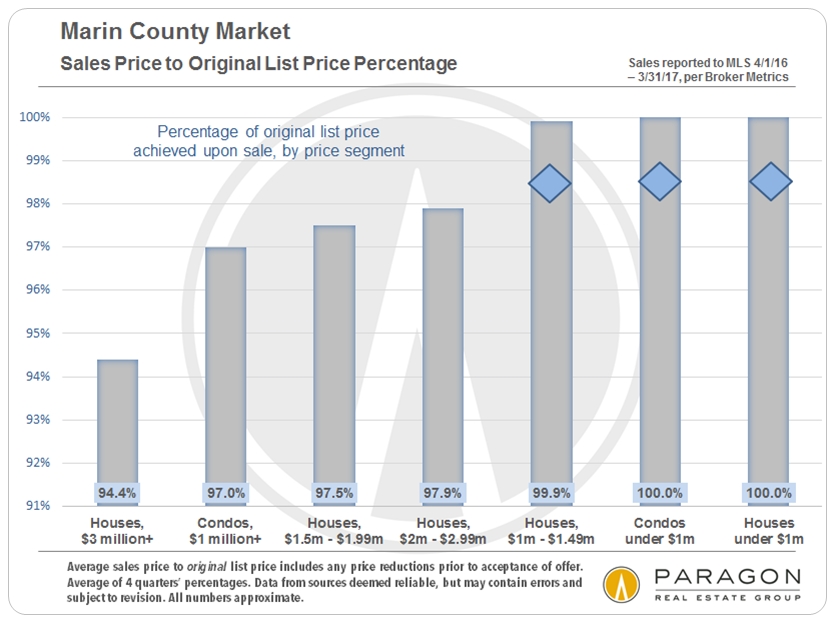 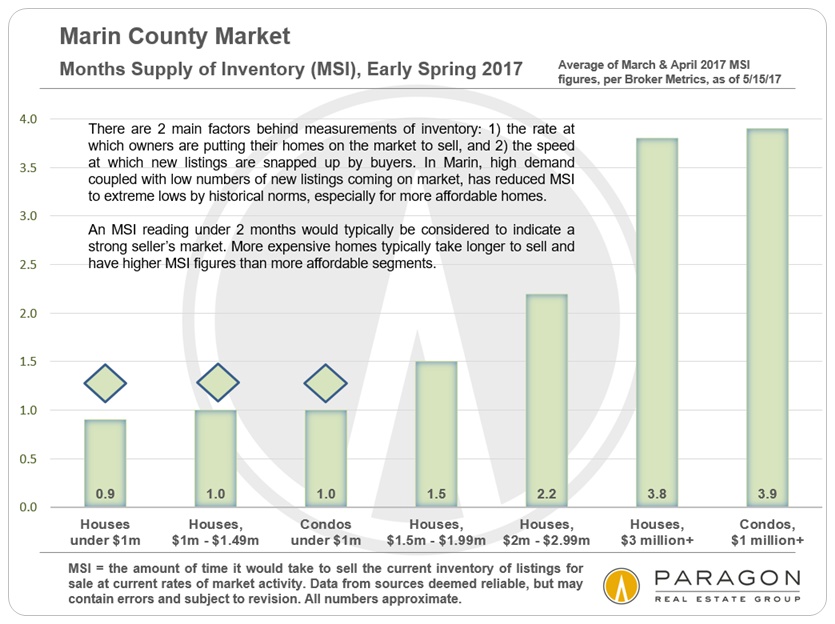 The New York Times recently had an excellent article regarding the dwindling frequency at which owners are selling their homes, a change with significant ramifications for supply and demand dynamics. 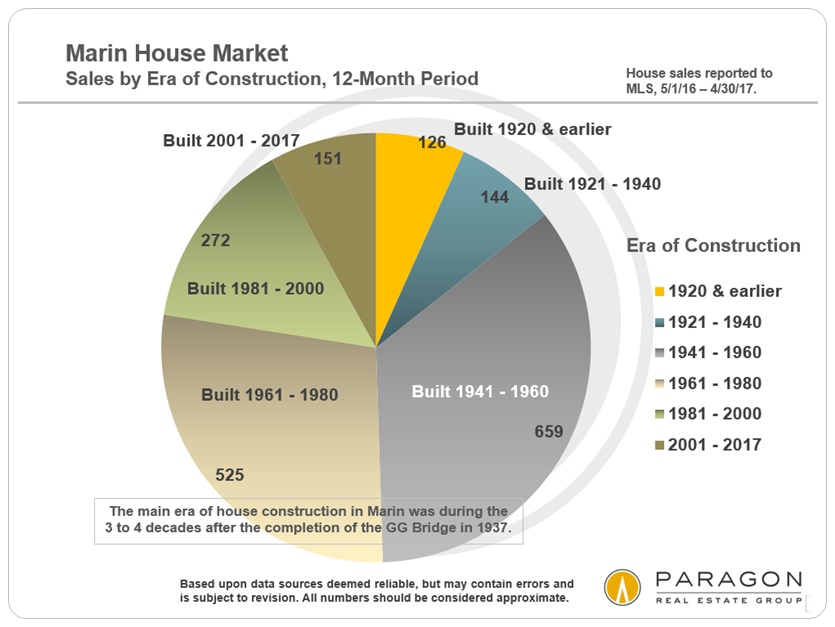 Before the bridge and WWII, Marin was a relatively unpopulated county of small towns. A surge of home construction occurred in the 3 to 4 decades following, until it slowed way down due to low-growth initiatives and the big drought that began in late 1975. (For those who did not live here then, an emergency supply pipe had to be constructed over the San Rafael-Richmond Bridge to bring water to Marin. On the other hand, the weather was beautiful every day for years.) Developers soon moved their attentions to Sonoma and the East Bay, which saw explosive growth in new home construction.

Various Economic Indicators
That Can Impact the Market

Marin typically has the lowest unemployment rate in the Bay Area, and it must be close to the lowest in the nation as well. Overall, the Bay Area is seeing the lowest rates in 15 years, but the picture in hiring and new high-tech hiring in particular, is a bit unclear with recent shifts up and down. 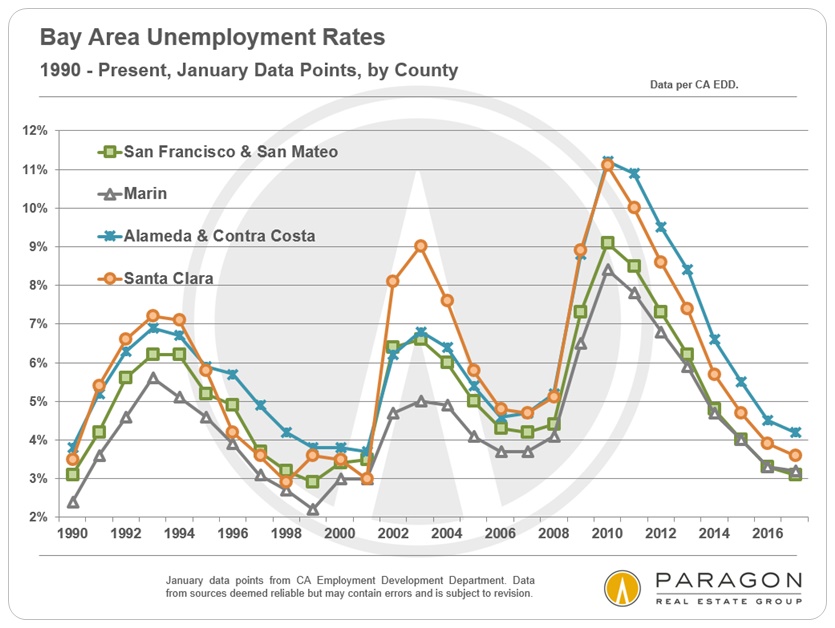 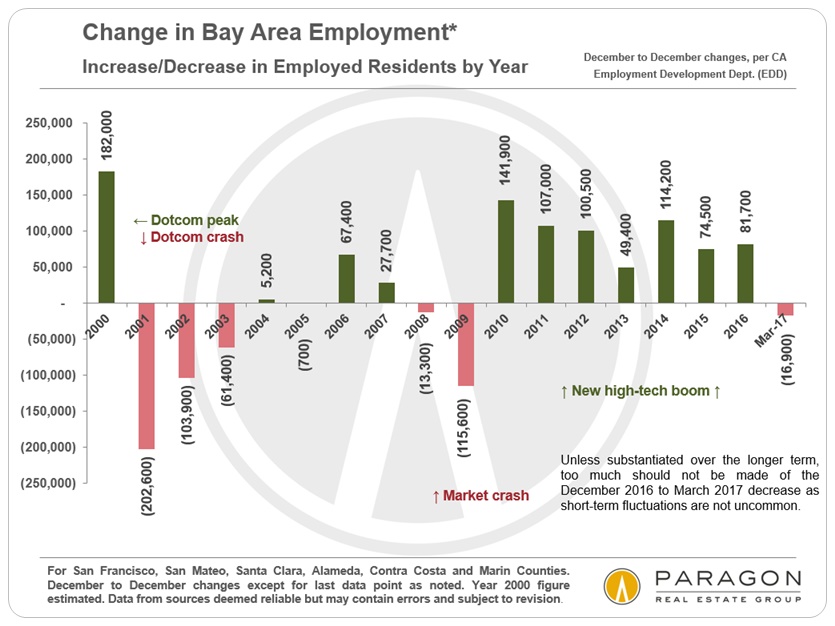 Maybe some irrational exuberance at play since the election? 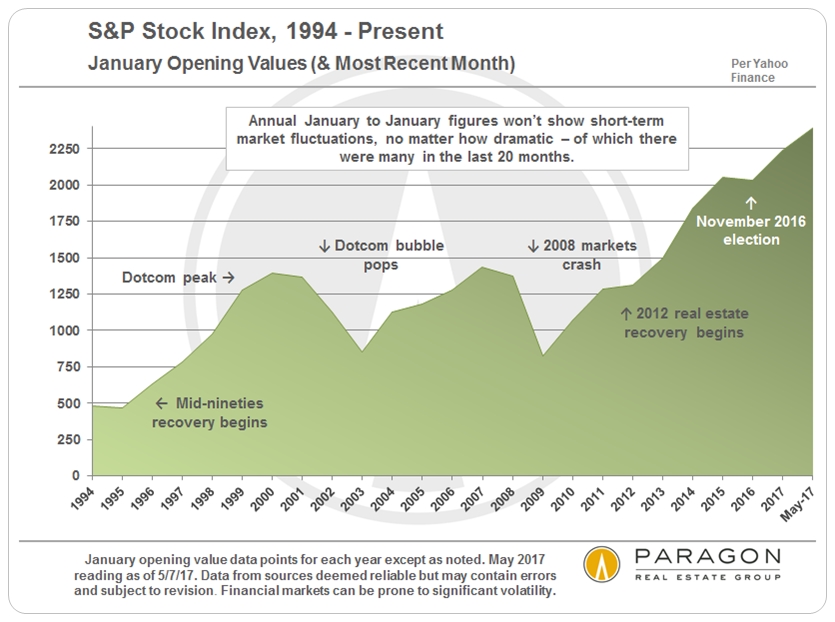 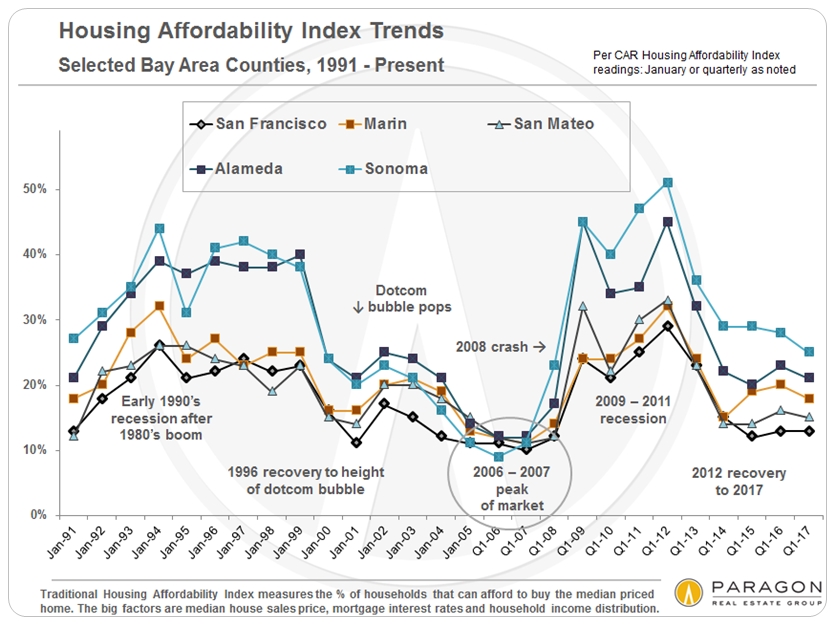 Up after the election, down since the new year began,
rates remain extremely low by historical standards 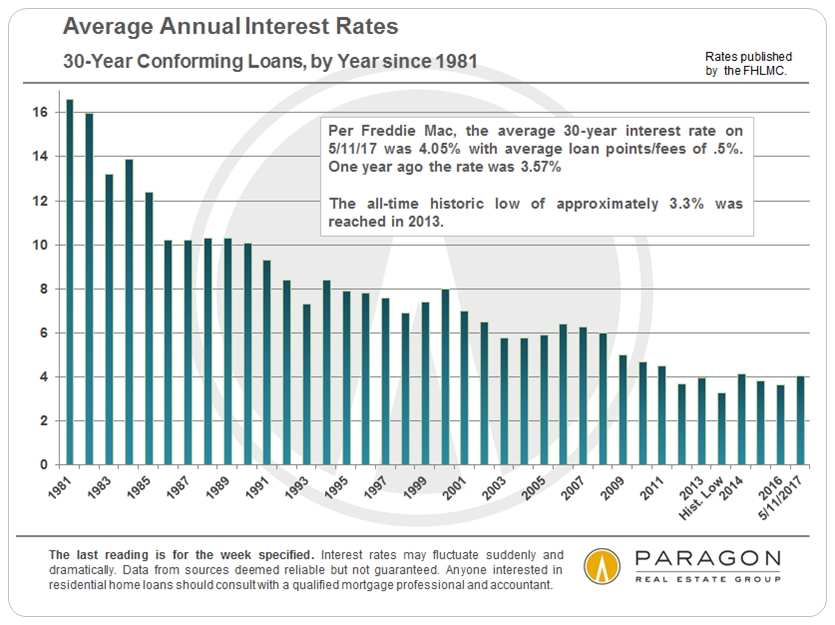 If you have any questions or comments regarding this report, or if assistance can be provided in any other way, please call or email.

More on Marin real estate: Marin County Market Reports – scroll past the May report for dozens of other analyses.

It is impossible to know how median and average value statistics apply to any particular home without a specific, tailored, comparative market analysis.These analyses were made in good faith with data from sources deemed reliable, but may contain errors and are subject to revision. It is not our intent to convince you of a particular position, but to attempt to provide straightforward data and analysis, so you can make your own informed decisions. Median and average statistics are enormous generalities: There are hundreds of different markets in the Bay Area, each with its own unique dynamics. Median prices and average dollar per square foot values can be and often are affected by other factors besides changes in fair market value. Longer term trends are much more meaningful than short-term.