Raise your hand if you’ve ever indulged in a pumpkin spice latte? Between the notes of cinnamon and nutmeg, it’s hard to resist. This fall, skip the Starbucks line, and bring the scents of the beloved beverage into your home with this DIY pumpkin spice latte candle.

Materials:
For the latte


For the whipped topping

1. Cut the wick, ensuring that it’s longer than what is needed. Thread the wick through the wick clip, and pinch the metal end of the clip together so that the wick stays in place. 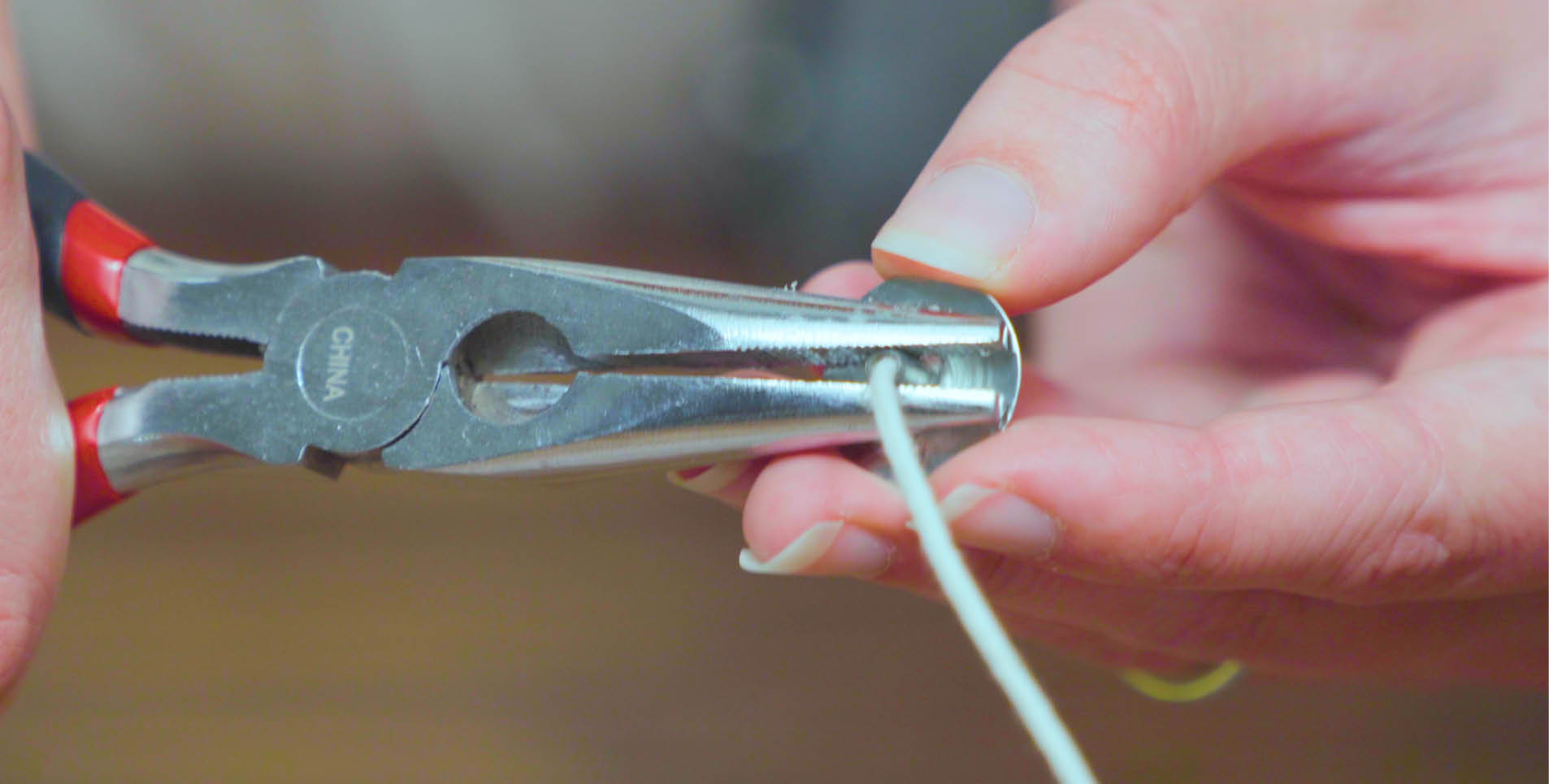 2. Melt the soy wax chips in a microwavable safe bowl on high for 30-second intervals until it is translucent in color. 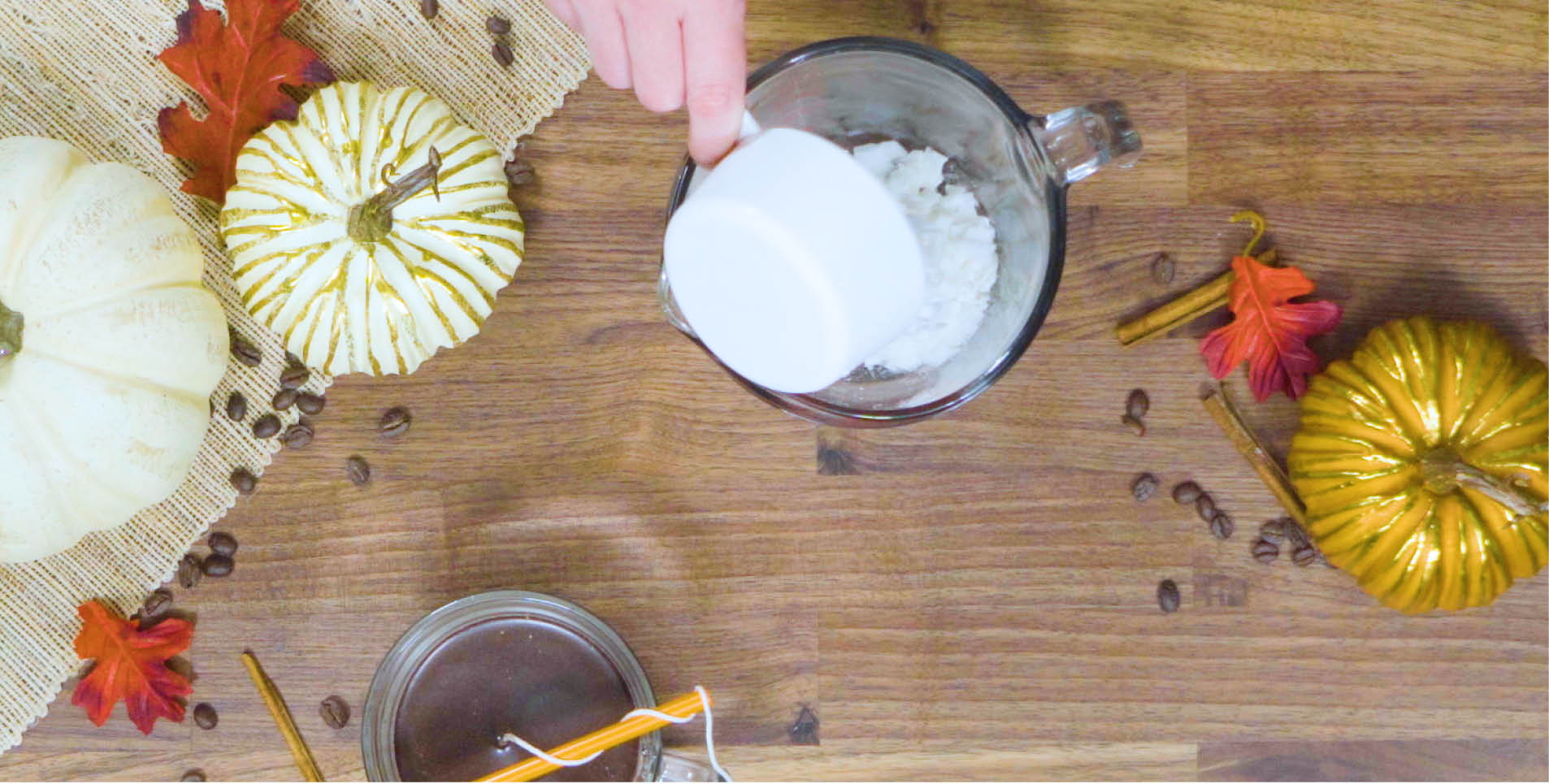 3. Take a small amount of the melted wax, and place it in the bottom of the mug to adhere the wick and wick clip to the center. Hold it in place until it’s able to stand on its own. 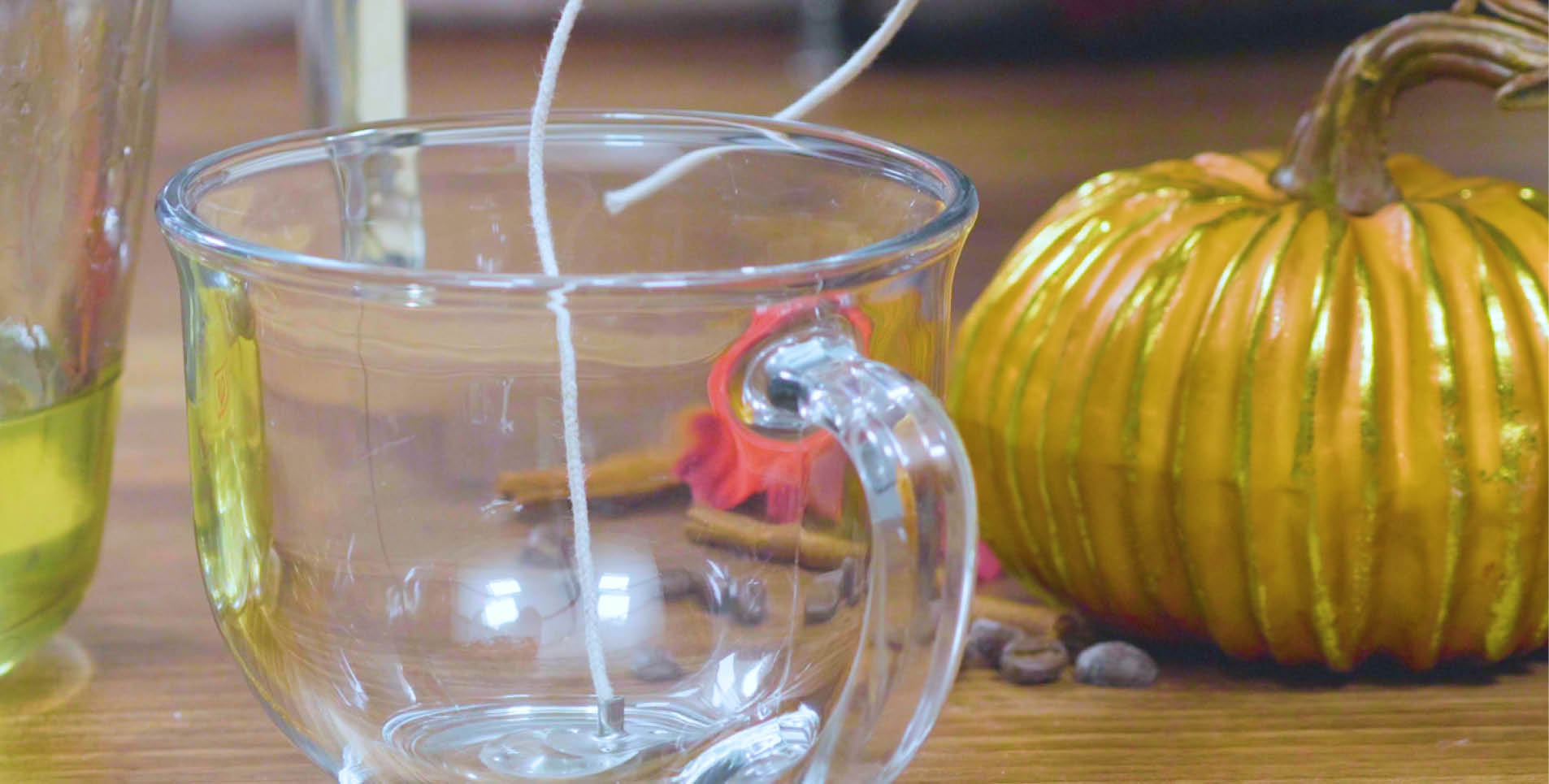 4. Add the cinnamon and espresso to the melted wax, and stir well. Pour the mixture into the mug about halfway full, take the excess of the candle wick, and wrap it around a pencil to hold the wick in place. Let harden for about 1 hour.

5. Once the candle has hardened make the whipped topping. Melt the soy wax chips in the microwave using the same method from step 2. Let the wax cool for about 30 minutes until it is white in color.

6. Take a hand mixer, and beat the wax until it appears whipped. 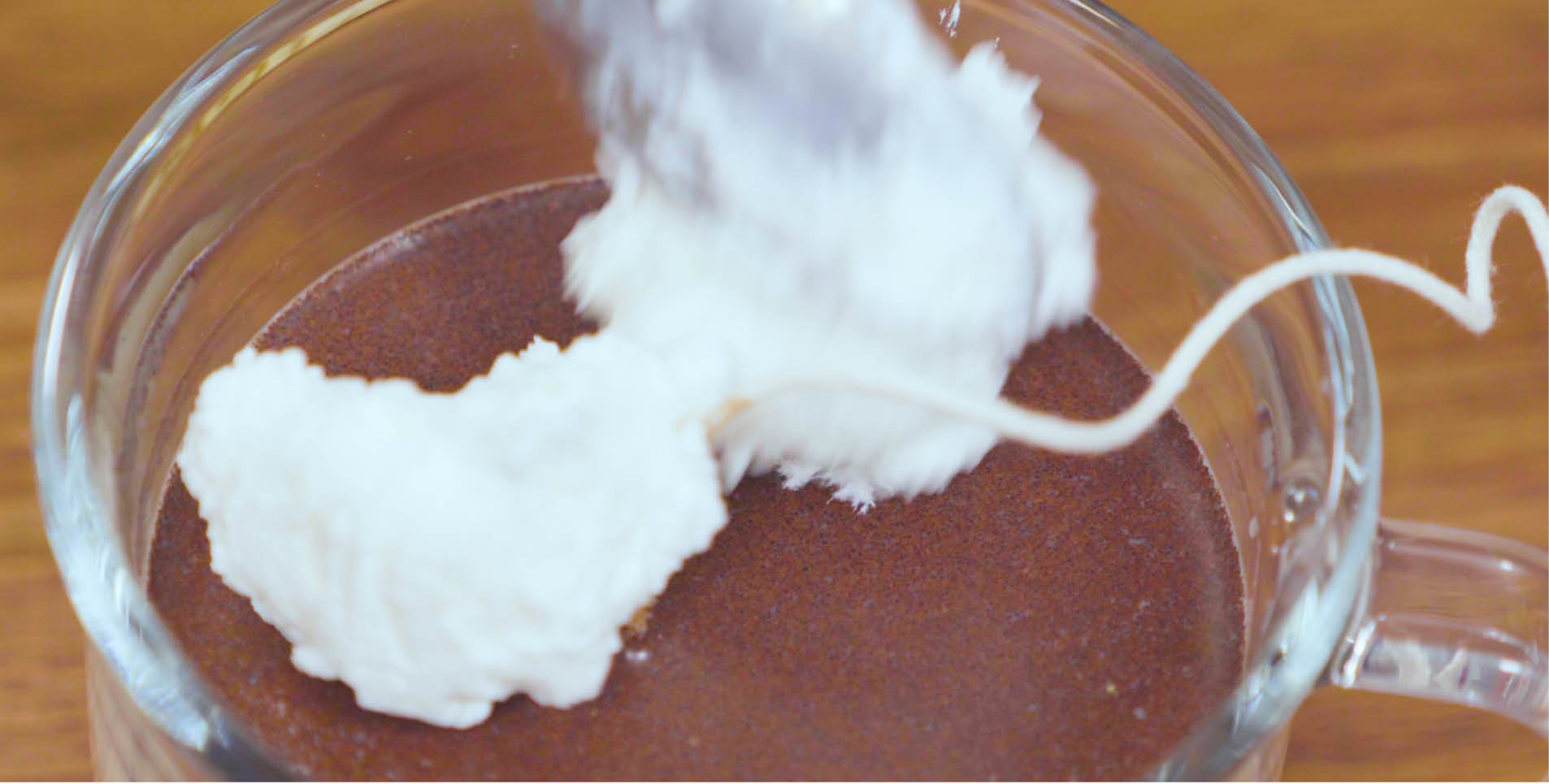 TIP: Soy wax chips melt down to a liquid that is half of what was originally measured (e.g. 3 cups of solid soy wax chips = 1½ cups melted liquid).

TIP: Practice fire safety by keeping the lit candle away from flammable materials.